One of my instructors in Functional Medicine always said “sluggish thyroid, sluggish everything!” If you are reading this, you may be able to relate!

Located just below the center of the neck, the thyroid gland is the body’s internal thermostat. It regulates body temperature by secreting hormones that control how quickly the body burns calories and uses energy for all body functions. The thyroid is responsible for using iodine and protein from our diet to create thyroid hormone (especially T4). Our tissues then convert that T4 into the powerful metabolic hormone T3. Every cell in the body relies on thyroid hormones for the regulation of their metabolism. If there’s not a lot of gas in the tank, the car won’t go far!

Hypothyroidism is also often an autoimmune dynamic (sometimes called Hashimoto’s disease or thyroiditis), where the action of the immune system itself is negatively affecting its own thyroid function.

A Primer to Thyroid Hormone Production

Receptors in the thyroid gland bind to TSH which causes the production of a protein called thyroglobulin. Thyroglobulin joins with iodine molecules to produce the thyroid hormone T4 (thyroxine).

T4 and T3 hormones sit on thyroid-binding proteins as they move through the bloodstream, during which they are referred to as “bound.” When they are dropped off at the cells, they are called “free” hormones. Then thyroid hormones must enter the cell to have an impact.

What’s the difference? Regular hypothyroidism is most commonly found in underdeveloped countries that do not have adequate iodine in their food supply. Ninety percent of hypothyroidism in the US and Europe is Hashimoto’s disease, where the body begins attacking healthy thyroid tissue in an exaggerated autoimmunity response.

When we measure thyroid hormones, the three most common markers are:

While TSH is used by practitioners to assess thyroid levels, free T4 and T3 are more accurate indicators of thyroid function. Understanding TSH, T3, and T4 roles in the body, and in particular why free T3 is so important, makes it easier when trying to understand your thyroid symptoms and labs.

If you’ve been told “your TSH is just fine”, but you feel crappy, listen to your body! The body has to convert T4 to T3 – and unfortunately for many, T4 to T3 conversion does not happen sufficiently. Since TSH is levels are affected by T4, not T3, inadequate conversion of T4 to T3 often isn’t diagnosed because a low T3 level doesn’t affect TSH levels.

So a “perfectly fine” TSH, doesn’t mean you feel “perfectly fine.” TSH is an insufficient marker of thyroid health! Make sure your practitioner is willing to test for Free T3 and T4 along with TSH.

Although the thyroid gland secretes only a little T3, it is the most active form the body can use. T4 must be converted to T3 before the body can use it. Most of this conversion happens in the liver, and also takes place in cells of the heart, muscle, digestive tract, and nerves. About 20 percent of T4 can be converted to T3 by healthy gut bacteria in the digestive tract. Cells convert T4 to T3 with an enzyme called tetraiodothyronine 5’ deiodinase, which removes one molecule of iodine.

In the end, only about 60 percent of T4 is converted into usable T3. Twenty percent converts to Reverse T3 (rT3), an inactive form the body cannot use.

Reverse T3 is considered a storage form of T3 and the body reverses it (causing levels of rT3 to become too high) due to major trauma, depression, dieting, surgery, physiologic stress, or severe chronic illness. In these cases, TSH and T4 levels are no longer accurate measures of tissue thyroid levels. A savvy practitioner will always check Free T3 and calculate a Free T3/Reverse T3 ratio.

Liver and Gut Health are Key to Thyroid Conversion

There are many critical steps in the thyroid process. One important step is the conversion of T4 to T3.

The liver has several channels through which it metabolizes hormones, filters toxins, and cleanses the blood. Byproducts from these processes are dumped into the gallbladder for final removal.

Sluggish thyroid leads to sluggish everything! Low thyroid function bogs down this whole process, making the liver and gallbladder sluggish and congested. Since thyroid hormones are converted into a usable form in the liver, hypothyroidism creates a vicious cycle of hindering liver function so that conversion of T4 to T3 suffers. This is a “what came first” scenario.

When the liver cannot properly break down hormones for elimination, those hormones can go back into the bloodstream in an even more toxic form than when they entered the liver.

Estrogen Mimics in the Environment

“Estrogen mimics” are artificial hormones that have a different chemical structure but behave the same as estrogen biologically. Estrogen mimickers are called “xenoestrogens”. Xenoestrogens can be either synthetic or natural chemical compounds. Synthetic xenoestrogens include some widely used industrial compounds, such as PCBs, BPA, and phthalates, which have estrogenic effects on a living organism even though they differ chemically from the estrogenic substances produced internally by the endocrine system of any organism.

Factors such as stress, diet, pharmaceuticals, and environmental toxins (including xenoestrogens) can all disrupt hormonal balance. Sex hormone-binding globulin (SHBG) protects, regulates, and transports sex hormones, estrogen, and testosterone. SHBG is produced primarily in the liver, and binds to the hormones and shuttles them to tissues in the body. When bound to SHBG, estrogen isn’t “free” or available. It’s important for the body to maintain the right amount of available estrogen, relative to the bound estrogen, as well as to the other hormones. Balance and synchronicity are key. An imbalance, along with low SHBG levels, is frequently found in conditions with low thyroid transport.

If estrogen levels are satisfactory, SHBG can act as a marker for tissue levels of T3 (unless a woman is taking oral estrogen hormone replacement therapy). SHBG levels impact estrogen, and estrogen affects the thyroid. Thyroid hormones also affect SHBG levels by increasing its production and often diminishing free estrogen. SHBG levels are expected to increase when thyroid hormone medications are implemented.

T4 to T3 Conversion in the Intestines

The intestines convert about 20 percent of T4 into T3, but only in the presence of enough healthy gut bacteria. We carry approximately four pounds of healthy bacteria in our colons. These bacteria serve many functions, one of which is to facilitate the conversion of T4 to T3. When diets are poor and digestion falters, an overabundance of bad bacteria occurs, crowding out the beneficial bacteria and hampering thyroid conversion.

Antibiotic Use: Something as simple as antibiotic use which knocks out all gut flora, good and bad, can dampen thyroid function.

Dysbiosis: Gastric inflammation from dysbiosis (gut bacteria imbalances) or infection reduces active T3 in another way. Inflammation causes an increase of cortisol, which moves T3 into a Reverse T3 (the storage form.) Cortisol is a hormone made by the adrenal glands.

Stress: Anytime that the body perceives danger, it attempts to preserve T3 in a storage form (rT3), rather than use it for optimal cellular metabolism. Chronic stress is known to hinder thyroid conversion by:

Alzheimer’s and Dementia: Deficiencies in the neurotransmitters serotonin and dopamine hamper conversion of T4 to T3 and slow down the brain’s communication with the thyroid.

Anemia; Anemia is a deal-breaker for thyroid support. Anemia starves your body of oxygen. When your red blood cells are deprived of oxygen, basic functions that maintain, regenerate, and heal the body simply cannot operate adequately, if at all.

The Phenomenon of Hypothyroidism Causing Anemia

There are many factors that come together to either support or break down the body’s ability to properly produce the usable form of thyroid hormone, T3.

Remember that supporting liver function and gut health is key, as well as making sure to address any stress and inflammation that may be hindering conversion.

Nutrition for the Thyroid

Food sensitivities, toxins, microbial imbalances in the gut, intestinal permeability, viral infections, nutrient deficiencies: these may all contribute to triggering this type of autoimmune reaction. Many of those who have hypothyroidism (autoimmune-activated or not) feel better pursuing a diet that reduces intestinal permeability and immune hyper-reactivity. This typically includes 100% elimination of gluten and dairy foods, the most common culprits. Some individuals also benefit from fully eliminating all grains from the diet. Food sensitivity testing may help to highlight some foods that are contributing to inflammation, although it is never 100% comprehensive.

A fully balanced whole foods diet is key for the thyroid, one including vegetables, sea vegetables, nuts/seeds, fruits, and (if it feels good in your body) animal protein and fats. Legumes and gluten-free whole grains may also be nourishing if you digest them well and if they don’t cause you to feel even more sluggish (they are heavy-carbohydrate foods and, as above, may promote inflammation).

Specific foods can contribute to thyroid health when added in moderation to your diet:

Foods Which Can Harm the Thyroid

Some common foods are mistakenly regarded as universally “healthy” and can contribute to thyroid dysfunction:

We can’t end without talking about the role of stress and the thyroid. Unrelenting stress that causes the body to go into a state of constant “fight or flight” causes cortisol to increase, often depleting the adrenals. Under stressful conditions, TSH may appear to be normal, however conversion from T4 to T3 is impaired as well as movement of T3 into rT3, where T3 is unable to be available to cells and tissues where needed.

As you can see, resolving hypothyroidism is more than just taking a thyroid supplement. A Functional Medicine approach to thyroid health is about uncovering the triggers and root causes that have lead to insufficient thyroid hormone being produced and/or not being taken into each cell.

Prescription for Nutritional Healing, by Phyllis A Balch

Ready To Get Started? 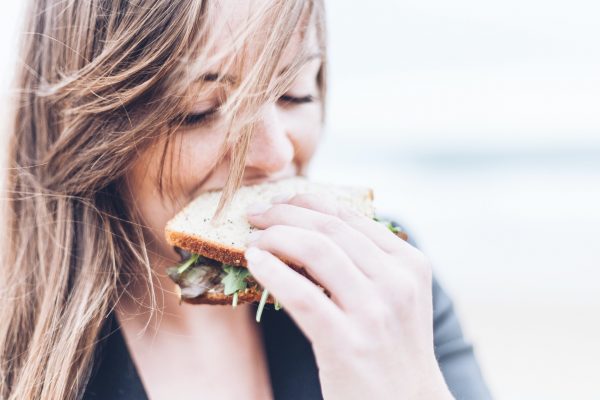 The Power of Eating Hygiene 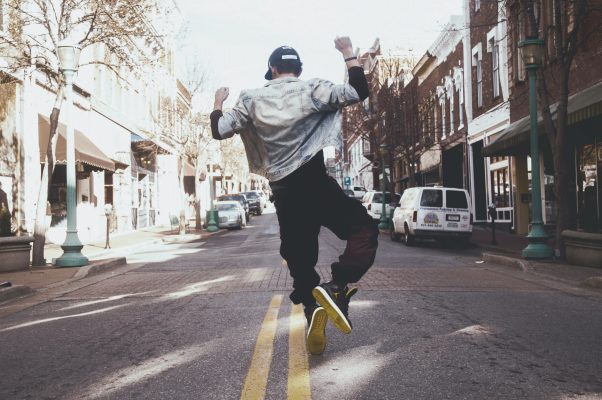 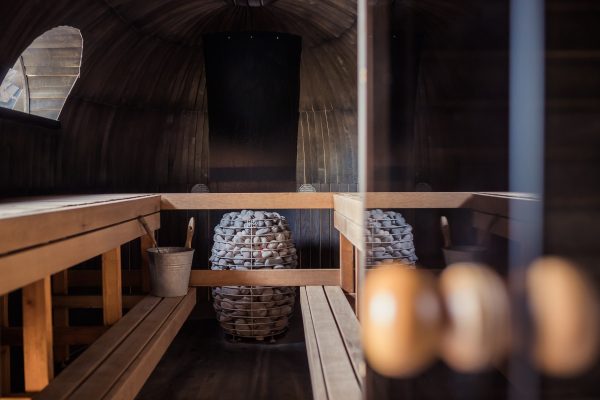 Top 10 Ways to Detox Your Body 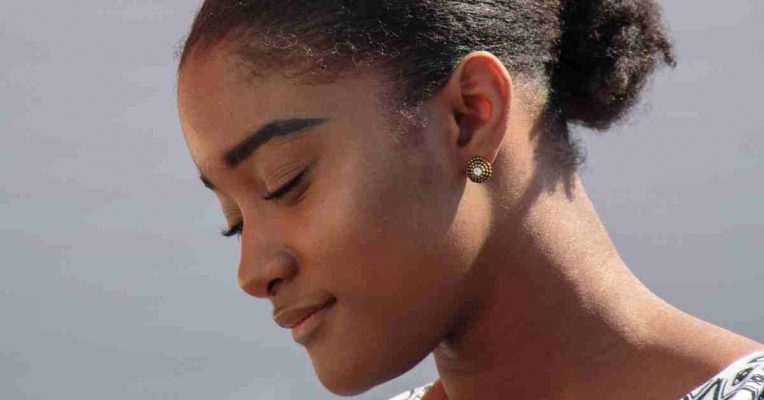 How to Heal Your Thyroid 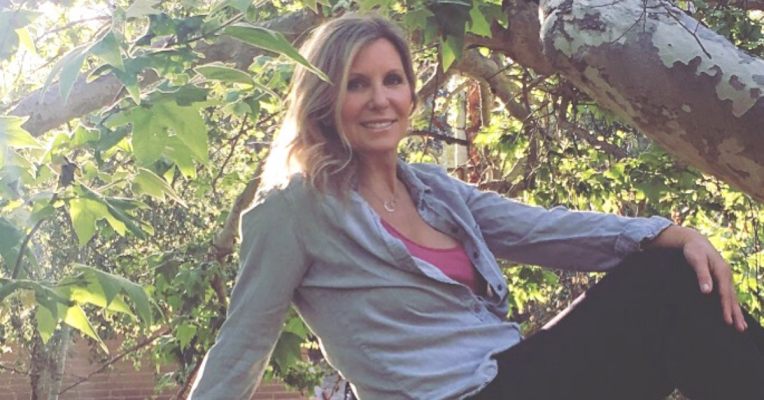